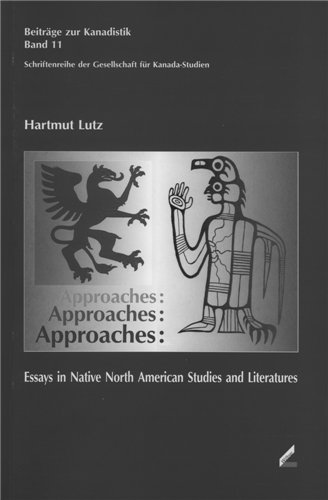 Native American and Canadian First Nations Studies cannot, really, be pursued within the ivory tower alone. Their institutionalization in academia came out of a political struggle involving real people, and they are indebted to those who fought to establish them, as well as those for whom, initially, they were implemented. This collection of essays reflects this legacy in so far as few of the essays were written exclusively with a scholarly readership in mind, but rather were meant to be accessible to readers outside the ivory tower, as well.
The first part of this collection contains essays which address and theorize European and European-American approaches to First Nations cultures. The second part presents individual overviews which position Canadian First Nations literature (and to a lesser extent also Native American literature) within the larger development of anglophone North American literatures and cultures.
Part III focuses on specific topics and individual authors within Native literatures.

Hartmut Lutz is Professor for American and Canadian Studies at the University of Greifswald, Germany