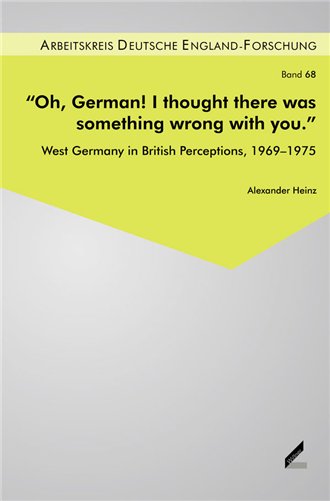 „Oh, German! I thought there was something wrong with you.“

How did British diplomats, politicians and the British public make sense of Willy Brandt‘s West Germans, now Britain‘s new partners, who had been bombing their cities a mere generation ago? How did perceptions of the national other help political arguments in the United Kingdom during its accession into the European Community and Neue Ostpolitik in the Federal Republic? Was there a new, postwar Germanness? What were the contemporary perceptual themes and what did they really mean? Evaluating a wide range of sources including Foreign Office files, personal papers, opinion polls, newspapers and TV programmes, this book explores these questions with an innovative approach and explains why we need to look beyond ‘the war’ to understand.

Alexander Heinz is Deputy Head of International Programmes and Academic Convenor of Summer Programmes at King’s College London. An alumnus of the Studienstiftung des deutschen Volkes and the German Academic Exchange Service, he studied history in Constance, London, Berlin and Paris. 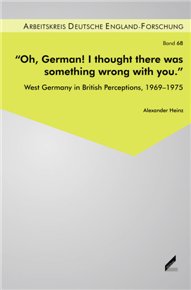 „Oh, German! I thought there was something wrong with you.“