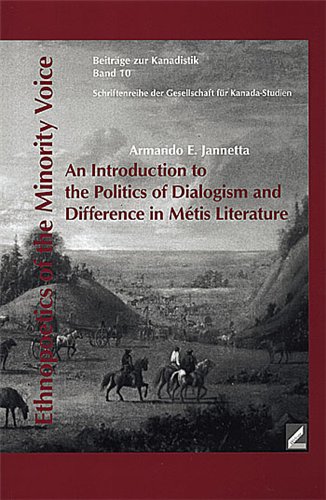 Ethnopoetics of the Minority Voice

From an interdisciplinary European perspective, Ethnopoetics of the Minority Voice: An Introduction to the Politics of Dialogism and Difference in Métis Literature focuses on the lives and narratives of a people who, as a unique ethnic group, came into being out of the colonial encounter in the Great Lakes area and the Canadian Northwest. In the context of dialogism, hybridity and border crossing, it discusses the life-histories of the Métis trappers and traders George William Sanderson, Louis Goulet and Ted Trindell and the autobiographical narratives of Maria Campbell and Beatrice Culleton.
In reading resistance and agency in Métis texts, this study reclaims the border zone as a space of cultural and social production in a third space outside the white-Indian dichotomy. Its writers have created empowering, multi-faceted new genres and a multi-voiced discourse which correspond to Native holistic and relational perceptions of the world. Ethnopoetics of the Minority Voice is the first substantial scholarly study of Métis literature.
Armando E. Jannetta studied English Literature in Switzerland (M.A., Ph.D., University of Basel), England (M.A., University of Leeds) and Canada (Trent University). His research interests and publications focus on innovation and minority literatures, especially those of Native Americans, Métis and Maoris. He is an Honorary Research Associate of Trent University and currently a teacher of English at the Karl Borromäus Kollegium in central Switzerland. 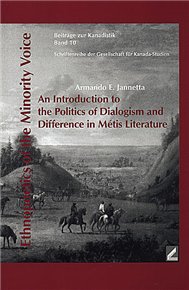 Ethnopoetics of the Minority Voice