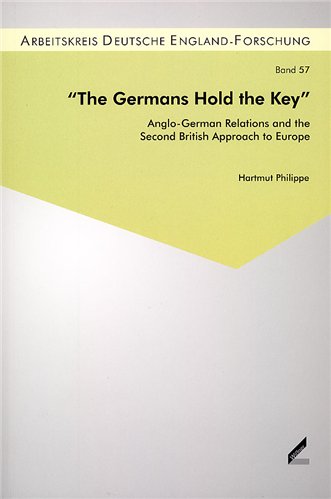 „The Germans Hold the Key“

Anglo-German Relations and the Second British Approach to Europe

The bilateral relationship between Bonn and London was of central importance to the second British approach to Europe. Because of the persistent reservations on the part of French President Charles de Gaulle, who had already vetoed London's first application in 1963, the Wilson government accorded a key role to Chancellor Kiesinger and Foreign Minister Brandt in establishing a common front of the Five against French opposition to British membership. However, London's decision to table another application came at an inopportune moment for the Grand Coalition in Bonn.
This volume covers Britain's and West Germany's European policies in the context of Anglo-German relations from the time of the Wilson government's slow turn to the Community in 1965/66 to the opening of negotiations, which coincided with the Labour defeat in the general election of 1970. During this period, the fate of the second British application, even after De Gaulle's second veto in 1967, was not only at the heart of the Community's dealings, but also dominated Anglo-German relations.

Dr. Hartmut Philippe is Referent for the EU's Common Foreign, Defence and Security Policies at the German Bundestag's European Affairs Division. He took his PhD as a Domestic Research Studentship scholar at the University of Cambridge and studied in Mannheim (M.A., Dipl.-Phil.) and Oxford (MSt). 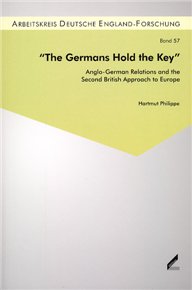 „The Germans Hold the Key“