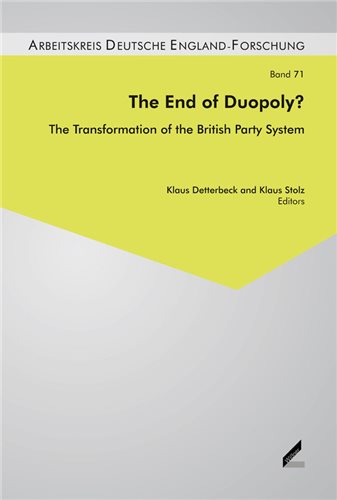 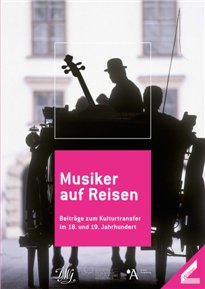 The End of Duopoly?

The Transformation of the British Party System

Since the 1970s the traditional British twoparty system has come under pressure. The authors of this volume take a closer look at the complex ongoing transformation processes at work, such as party system fragmentation and polarization as well as the geographic divergence of voting behavior in Britain. But are we really to witness the end of the Labour/Conservative
duopoly? The general elections of 2015 and 2017 provide ample evidence that seems to point in the opposite direction. Focusing on the major challenges and challengers to the duopoly, this volume puts current trends in British party politics
into an historical and comparative perspective. 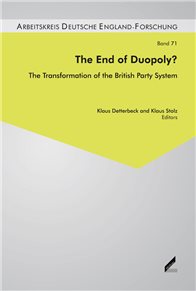 The End of Duopoly?