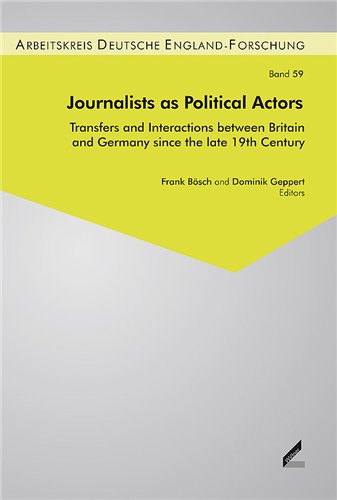 The essays in this book aim to analyse how the media's patterns of behaviour changed over time. The authors explore how journalists influenced the rules of politics in Germany and Britain. They investigate which changes and continuities are evident from the late nineteenth century to the present day. As the media is not confined to the national stage, journalists often act internationally and transnationally. They interact with media people from other countries. They are important transmitters who create meanings and take an active part in politics: as editors, reporters, foreign and war correspondents, columnists or proprietors. This volume thus focuses on media history as entangled or shared history.
Contributors: Karen Beyer, Frank Bösch, Dominik Geppert, Antje Robrecht, Martin Schramm, Stephanie Seul, Colin Seymour-Ure, Thomas Wittek. 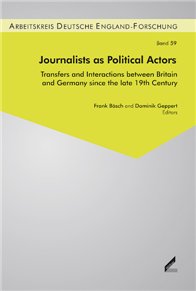