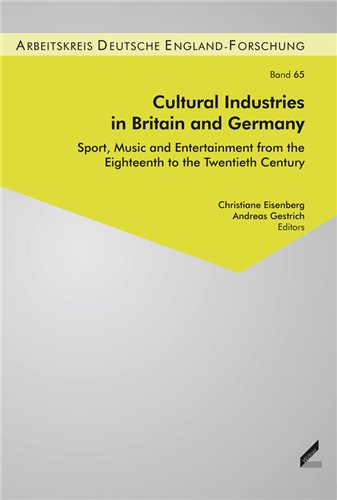 Cultural Industries in Britain and Germany

Sport, Music and Entertainment from the Eighteenth to the Twentieth Century

The essays in this volume deal with entertainment offered by theatre and concert organisers, record and film companies and sports organisations as commercial activities. Over time traditionally dominant suppliers such as courts, churches, the nobility, political parties and urban authorities lost their influence and had to content themselves with exerting only a marginal influence on what was on offer in the field of culture. Today, professional bodies and other suppliers of such events work in close co-operation with the media, advertising and the consumer-goods industries; they serve a growing proportion of the demand for cultural events, which they, in turn, actively seek to increase.
The authors investigate the context within which the cultural industries were created in Britain and Germany.
The editors: Christiane Eisenberg is Professor of British History at the Centre for British Studies, Humboldt University, Berlin. Andreas Gestrich is Director of the German Historical Institute London and Professor of Modern History at the University of Trier. 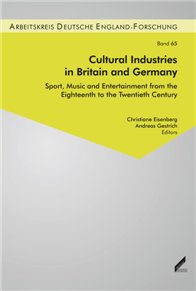 Cultural Industries in Britain and Germany